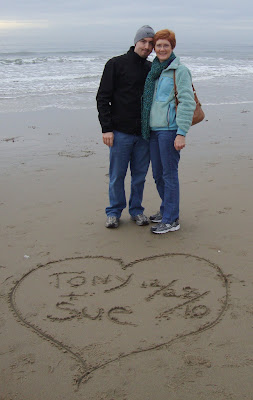 This blog is about the love we have found and the new life we are building together.

We met first online thru my cousin Royce's facebook wall.
I was wanting tickets for a Muse concert
and they were sold out in Seattle.

Three months later we both attended that concert.

We actually met for the first time,
the next day at Royce and his lovely wife, Bess's church.

I was still married, even though my kid's dad and I had not lived as husband and wife for years.

After a bit, we started to get a little flirtatious.

Email ThisBlogThis!Share to TwitterShare to FacebookShare to Pinterest
Labels: Welcome

I got your back, Babe!